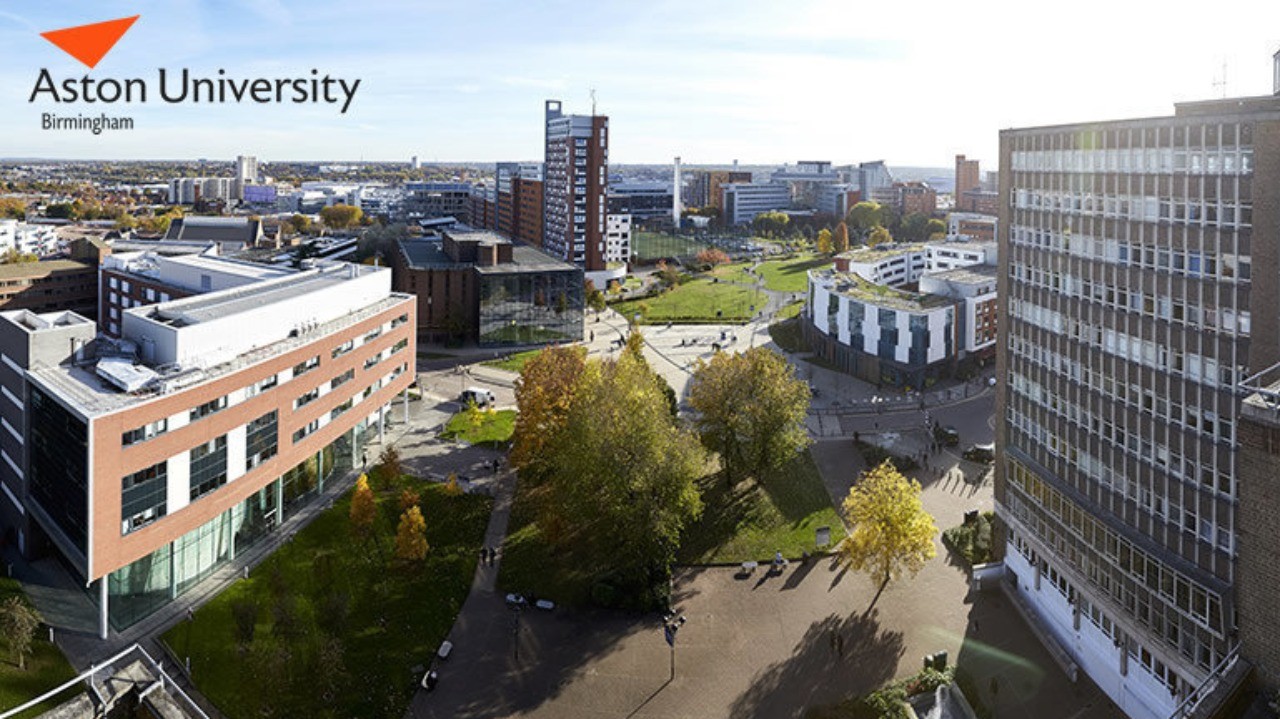 Aston University is lively, welcoming and cosmopolitan campus based university situated in the centre of Birmingham, the second largest city in the UK. It was founded in 1895 and in 1966, received the Royal Charter to be a University from Queen Elizabeth II. The campus is home to five schools (Business, Engineering and Applied Sciences, Languages and Social Sciences Life and Health Sciences and the Medical school) which offer foundation, undergraduate, postgraduate taught and research programmes.
Aston consistently ranks high in various international league tables. In the 2014 Research Excellence Framework (REF), 78% of research submitted was evaluated as 'world leading' or 'internationally recognised'. Other highlights include being in the top 100 Best 'Golden Age' Universities in the World (Times Higher Education World University Rankings 2017), top 200 in the world (2018 QS Graduate Employability Rankings) and top 200 in Europe (Times Higher Education European University Rankings 2018).

Whatever undergraduate course you are studying, you can choose to study French, German, Spanish, Mandarin or Arabic whilst you are at Aston, either as an optional module within your degree programme or on an extra-curricular basis. The University offers over 30 Joint Honours degrees that allow you to study two separate subjects to Honours level but in a way which integrates the two academic areas.

For international students flying into the city, Birmingham Airport is 20 minutes train journey from Birmingham New Street Station, and London is a 90 minute journey by rail or two hours' drive. Our multi-cultural campus is no more than 20-30 minutes walking distance from the city’s main shopping and entertainment centres. Mercer Quality of Living Report 2015 ranked Birmingham City as having the highest quality of life of any other city in the UK outside of the capital. Aston University was ranked first for student quality of life in 2010, while FHM and Virgin Student ranked it amongst the friendliest universities in the country.

Top 100 in the world for Business & Management Studies (undergraduate)
Chemistry: 2nd in the UK (Student Satisfaction)
Entrepreneurship: 3rd in the UK, 33rd in the world