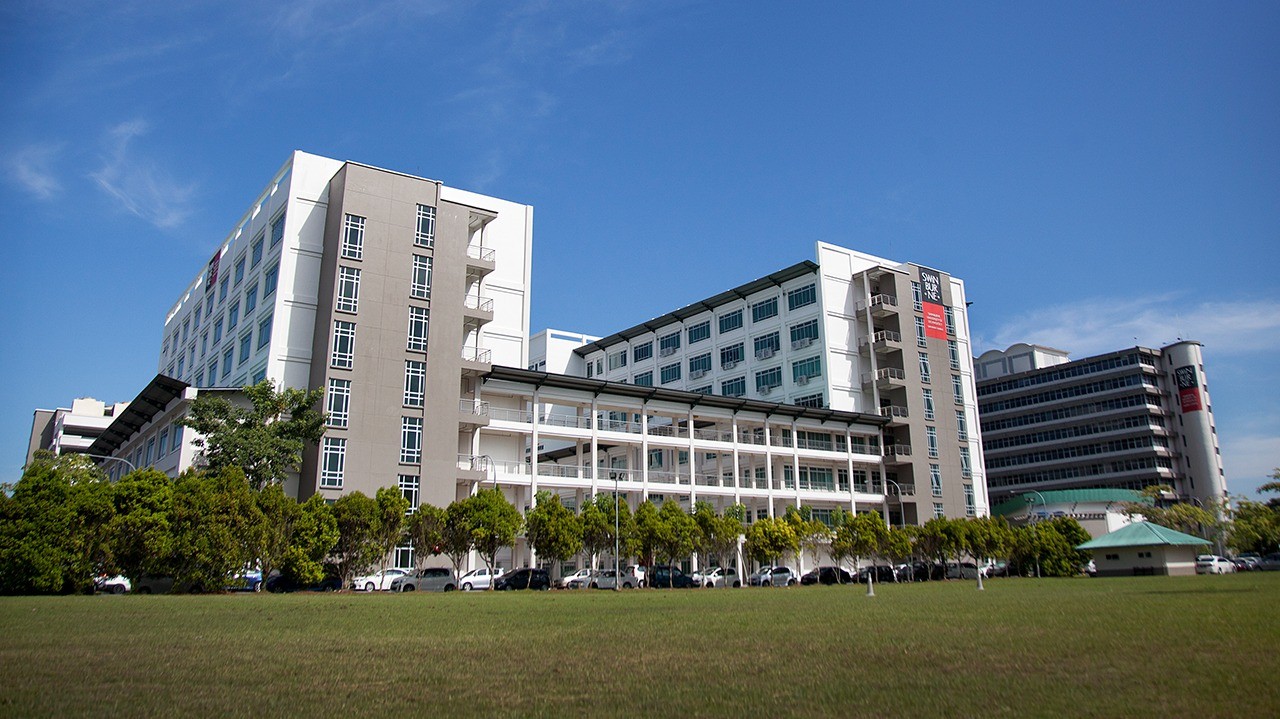 The Sarawak campus is located in Kuching, the capital city of Sarawak in East Malaysia. Kuching is the most racially diverse and most tolerant city in Malaysia, and is a rapidly growing city that is shaped by a unique blend of sophisticated development and cultural appreciation.

Shopping malls, eateries, entertainment outlets, hotels and places of worship are within walking or driving distance. There is a wide selection of coffee bars, restaurants and cineplexes, and two of the largest shopping malls in the city namely The Spring Mall and Vivacity Megamall are within a short drive from the campus. About an hour drive from Kuching city itself are attractive beaches with resorts and homestay offering high-end and budget-friendly options.

Swinburne Sarawak offers a range of industry-applicable courses such as business, computing, design, engineering and science in foundation, degree, masters and PhD levels. Its one-year Foundation course provides direct entry to a bachelor degree at Swinburne Sarawak upon successful completion.

Fees are charged at Malaysian Ringgit at the Sarawak campus, making it affordable for students to gain a quality Australian education closer to home. The degrees and examination papers are identical to those of its home campus in Melbourne and as a result, students are awarded the same Australian testamur upon graduation.

Earlier in 2018, its School of Design was recognised as one of the best in the world by the QS World University Rankings by Subject. It is ranked at equal number 40 for Art and Design, improving by more than ten places since 2017. The success reflects well on its Sarawak campus as both campuses deliver identical programmes and teaching materials.

The Sarawak campus is rated 5-star in the Ministry of Higher Education’s Rating for Higher Education Institutions in Malaysia (SETARA) 2017 under the Mature University category.

Bachelor of Engineering (Robotics and Mechatronics) (Honours)/Bachelor of Computer Science

Bachelor of Business (Accounting and Finance)

Master of Arts (Teaching English to Speakers of Other Languages)

Bachelor of Information and Communication Technology

优惠
You may be eligible to apply for a scholarship to study at Swinburne Sarawak. We offer a range of scholarships to Malaysian and international students.