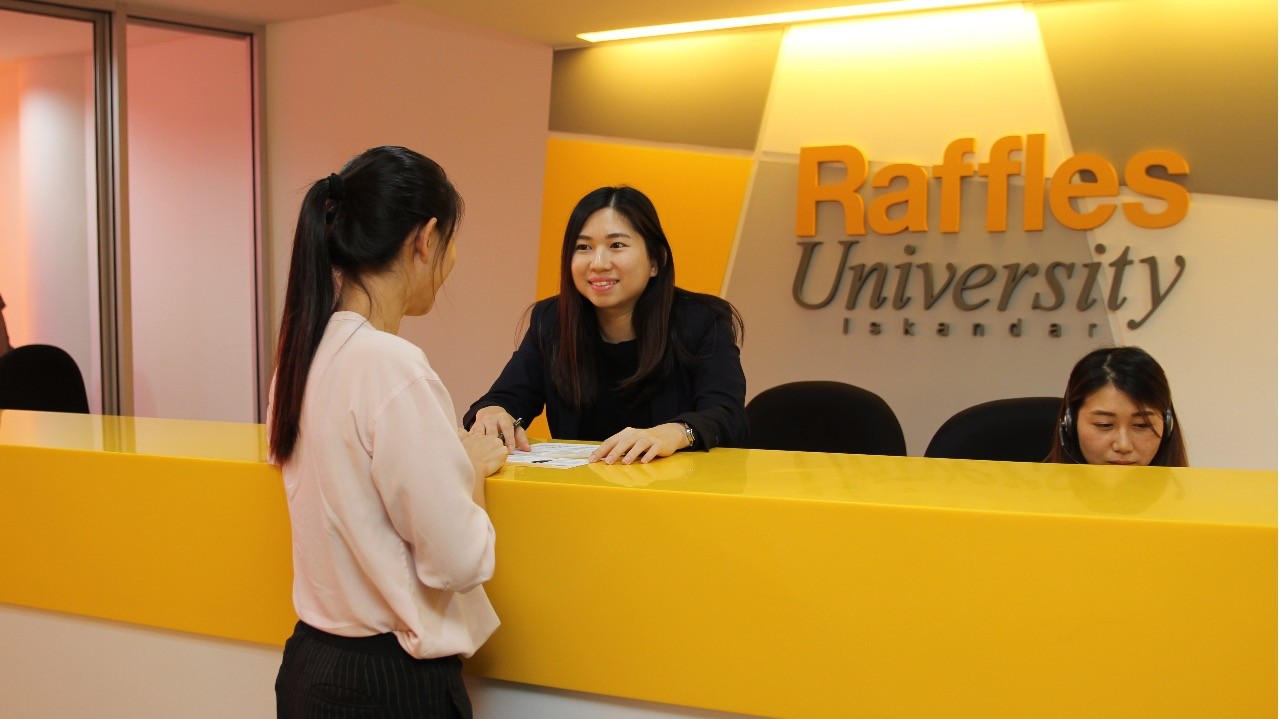 Raffles University (Formerly known as Raffles University Iskandar) was established by Raffles Iskandar Sdn. Bhd., a joint venture between Raffles Education Corporation Limited and Education@Iskandar Sdn Bhd (EISB), a member of the Iskandar Investment Group. Raffles University is an Asian-based Malaysian university that prides itself as a practice-oriented university with intensive curricula and practical hands-on experiences that prepares students for their future careers. The University was formally approved by Malaysia’s Ministry of Higher Education (MOHE) on 31st October 2011.

UNIVERSITY OF THE FUTURE

Raffles University is the University of the Future. We are at the cutting edge of higher education in both teaching and learning and business practices. Our innovative and stimulating programmes promote - Doing while Learning and Learning while Doing.
1. Personalised Learning
● Students work in studios on projects under supervision of a lecturer.
● Small class sizes allow the lecturer to spend more time with each student and thus better understand their needs.

2. Developing students to be Industry Ready
● RU has links with over 30 industrial partners, which enables us to deliver industry relevant programmes.

3. Practice-Based Programmes
● Students are involved with industry and community projects during their studies.
● Students undertake internships, which allow them to develop practical skills through on-the-job training.

4. Developing Students’ Analytical Thinking Skills
● Students use evidence-based problem solving to learn how to optimise and improve operations, and productivity.

5. Developing Students’ Creative and Innovative Skills
● Students learn design thinking and apply it to create new product designs and to design or redesign services, process and strategy.
● Students develop their entrepreneurship skills learning how to commercialise their designs and business ideas.